In the Heart of the German wine country

In 2009 Germany’s first dual-studies program in Viticulture and Enology was founded at the Weincampus Neustadt on the initiative of the Federal State of Rhineland-Palatinate. This academic program of study was established in response to the growing demand in the wine industry for highly trained professionals with both a strong theoretical background and real-world experience.

It is the cooperation among three academic institutions together with the Dienstleistungszentrum Ländlicher Raum Rheinpfalz (DLR, “Rural Service Center Rheinpfalz”) that provides for an exciting spectrum of opportunities in the study of viticulture and enology. The expertise of these three academic institutions combined with the industry know-how and infrastructure of the DLR Rheinpfalz facilitates the seamless transfer of knowledge between academia and industry, and vice versa. The Weincampus Neustadt has partnerships with more than 500 wineries around the world. This network of industry partners comprises one of the most significant strengths of the dual studies program.

Over 500 Apprenticing Companies Around the Globe

At the heart of the dual studies program are our apprenticing companies, who comprise the foundation for a successful program of studies. Without the practical educational experience gained in these wineries, it would be impossible for the students to earn two qualifications in just four years.

With over 500 cooperating apprenticing companies, the Weincampus has a strong footprint in the wine industry. These many apprenticing companies not only provide for the dual cooperative studies character of the program, but also the diversity of course content. From growing conditions to grape varieties and wine products, the range of knowledge required to produce wine is a decisive factor for success – perhaps even more so than in other industries.

A Laboratory Vineyard with over 500 years of Experience

On the premises of the Weincampus Neustadt is the Johannitergut, a state-owned winery that has been producing wine since the 8th century AD.

At the teaching and laboratory vineyards of the state-owned Johannitergut winery, experimental investigations have been going on since the 16th century, during the times of the Kürfurst Johann Casimir. In 1584, the electoral prince Casimir issued specific planting regulations for his favorite grape variety called the “Gänsfüßer.”

Speaking of location, the Weincampus is also surrounded by vineyards, which gives students direct access to wine production and industry practices. Step out of the classroom and the vineyards are right outside the front door.

Practical Orientation with the DLR Rheinpfalz

This joint academic venture is complemented by cooperation with the Dienstleistungszentrum Ländlicher Raum Rheinpfalz (DLR, “Rural Service Center Rheinpfalz”). Close cooperation with the DLRs in both Rheinpfalz and the Mosel (another neighboring wine-growing region) provides extensive opportunities for practical application and hands-on experience. Studying, teaching, research, and further education all stem from the same place, and all academic efforts at the Weincampus are attuned to the practical realities of the wine industry.

Sustainability in the Wine Industry

The future viability and sustainability of the wine industry along the entire supply chain are at the heart of our research. As part of this commitment to sustainability, we have developed a joint strategic plan with the DLR Rheinpfalz to define sustainable research objectives. This means that all research projects must address at least one of the five following strategic aims:

At the Weincampus Neustadt, professors from these universities of applied sciences teach and conduct research together with scientists from the DLR Rheinpfalz. More than 500 partner apprenticing companies from around the world serve as industry partners who provide apprenticeships to students in our dual-studies programs.

The Chamber of Agriculture of the Federal State of Rhineland-Palatinate is responsible for the professional winemaker apprenticeship, an integrated component of the dual-studies degree program.

The location of today’s Weincampus has had a long tradition of winemaking. On the premises of the Weincampus is the Johannitergut, a state-owned winery where wine has been produced since the 8th century AD.

Experimental investigations have been going on at the Johannitergut teaching and laboratory vineyard since the 16th century during the times of the Kürfurst Johann Casimir. In 1584, the electoral prince Casimir issued specific planting regulations for his favorite grape variety called the “Gänsfüßer.”

In 1899, the “Städische Wein- und Obstbauschule” (“Municipal educational and research institute for

wine and fruit-growing”) was founded in Neustadt. In 1908, it was taken over by the state and renamed the “Königliche Lehr- und Versuchsanstalt für Wein- und Gartenbau” (“Royal Educational and Research Institute for Viticulture and Horticulture”).

In 1983, this became the “Lehr- und Forschungsanstalt für Landwirtschaft, Weinbau und Gartenbau des Landes Rheinland-Pfalz” (“Teaching and Research Institute for Agriculture, Viticulture and Horticulture of the State of Rhineland-Palatinate”). The last name change came in 2003 as part of the agricultural administration reform in the DLR Rheinpfalz. Here, scientists work in the areas of phytomedicine, viticulture, enology, and microbiology. Additional areas of research at the DLR Rheinpfalz include horticulture and gardening as well as fruit and vegetable farming.

In 2009, Germany’s first dual-studies degree program in viticulture and enology was founded. The program is a joint academic venture among three universities of applied sciences (Ludwigshafen, Bingen, and Kaiserslautern) in cooperation with the DLR Rheinpfalz.

In 2012, the academic institution hosted by these three universities of applied sciences got a new name: the Weincampus Neustadt.

The Master’s degree program in “Wine, Sustainability & Sales” has been offered since the winter semester of 2016/2017. 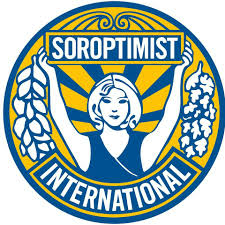 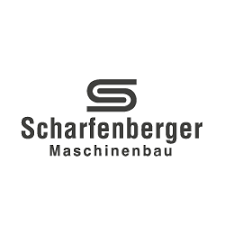 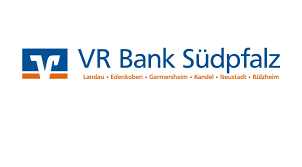